Farriery was my first love. Horse shoeing is a wonderful skill and something that I still do every week. It also gave me the skills that I needed to serve my new clients at Made by the Forge. I believe in a good old fashioned service where the customer is the number 1 asset.

Due to our products evolving and growing we felt we needed to update some of our images. We feel that when choosing a product online our clients should have the best possible imagery to show clearly the quality of our beautiful products. So we booked a photo shoot with Bruce Head a renowned and very experienced photographer. http://www.brucehead.com
It was a lot of fun going to his fabulous studio. We were thrilled with the stunning product photographs he took and they will soon be showcased on our website.
Read More
Lifestyle Leave a Comment

The anvil in our forge gets daily use. Sometimes it is used for making shoes and sometimes for curtain pole finials or brackets.
We bought it several years ago from a farmer who acquired it at an auction. It originally sat in the blacksmiths shop at Shrubland Hall in Suffolk which was built in 1770. The anvil was sold off at an auction along with an old forge which we also bought.
We don’t use the forge as it has hand operated bellows which is very labour intensive to keep the fire in. Years ago they use to employ a boy or young lad to pump the bellows but I would probably be prosecuted if I tried that!
Nowadays we use gas forges for a more consistent and quicker heat but It seemed to be nice to keep the forge and anvil together which is why we bought both; after all they have probably worked together for several hundred years so who am I to split them up?
I wonder how many people have used my anvil over the years; Blacksmiths repairing estate tools, shoeing the land horses or making park fencing. It would have all been made on the estate.
It must have been a fair sight. If only my anvil could talk…
Read More
anvil, forge Lifestyle Leave a Comment

Today I am concentrating on getting all the horses and ponies shod with new shoes as the weather is on the change and it is meant to be very very wet. Tomorrow I intend to be inside my forge with the fire lit making some bespoke ironwork in the cosy and warm.

I arrived home this evening from the forge to hear the familiar sound of Swallow’s being fed. We get so use to them being around during the summer that we almost go deaf to the sound, but this time I stopped and looked. It seemed rather late in the year for Swallow’s. Surely they have all gone?

Not this lot. The mother and father were busy swooping and plunging through the air. There seemed an urgency in the way they were working, catching the last of the summers fruit.  Three rather large fledglings were sitting on the roof trusses eagerly awaiting their next meal. This was fast food in style!

I must admit that they do look like they are almost ready to depart. They did not take kindly to me looking up at them and scattered off to join the parents in the air.

I am almost willing them to go now that the nights are getting colder. I do hope that they have a good journey and have built up enough body weight to carry them the distance . According to Google Maps, Suffolk to South Africa is 10,720 miles. Not bad for a bird the weighs only 20g!

Made by the Forge’s Notice Boards are hand made by Janet from old hessian sacks that have been up cycled to become beautiful boards. These sacks are fast becoming extinct because animal feed and grains are contained in plastic or paper sacks nowadays. We do have a few left and they are available to purchase online again. The last few sacks are all authentic from Norfolk. They generally  have Norfolk villages or towns written on them and two of them have dates of 1956 stamped on them. My brother was born in Norwich so this is going to be a present for him.

When designing ones home it is an exciting time as well as an expensive time. Sometimes mixing and matching expensive with cheap works really well. This inexpensive light shade could be dressed up with black iron chain for a more substantial feel. Wrought iron accessories can be supplied by Made by the Forge in matt black paint or beeswax. 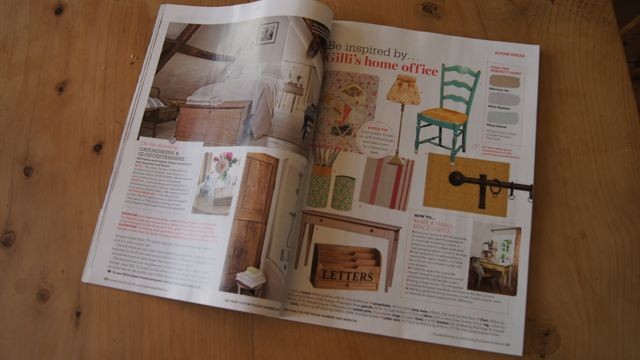 Check out September issue of Country Homes and Interiors magazine for one of our curtain poles. Page 51 cannon ball finial in beeswax. 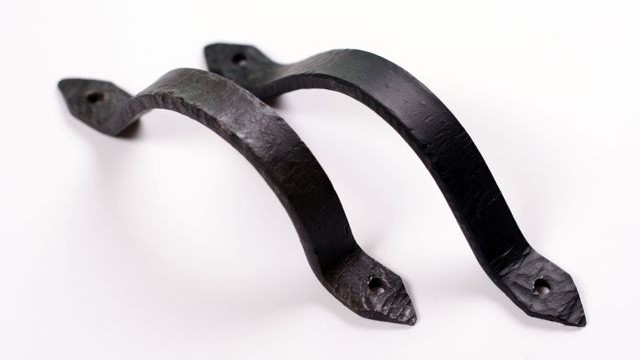 The summer is the time when many people change the look of their rooms and use small things to make a real statement and add the finishing touch. Why not consider revamping your cupboard doors with some new wrought iron handles or door knobs? Made by the Forge handcrafts all the door furniture especially for you. Theblack iron handles are available in two finishes; beeswax or matt black paint. They look and feel great on all sorts of home furniture.

Was showing Gail the photos of our weekend and she insisted we showed off our creativity by adding this photo of Rich at a show leading James as Mike the Knight and Rusty as Galahad.