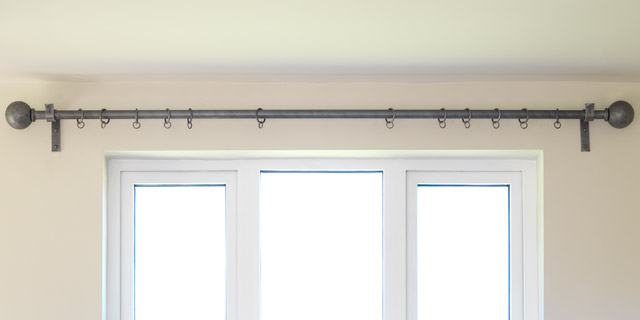 Measuring A Window For A Curtain Pole

It’s extraordinary how much gets done around the house when you are actively discouraged to leave it. What about that window you’ve been meaning to spruce up for ages? How difficult can measuring up for a Made by the Forge curtain pole be? Answer? Not at all… Just three simple steps… W. W. W. – Where, Width, Work out…

Also remember to take into consideration the length of the decorative finial at both ends, the size of your choice can be found on the finial’s product page online. We suggest adding one curtain ring for every 10cm of pole. Be sure to order an even number for symmetry. 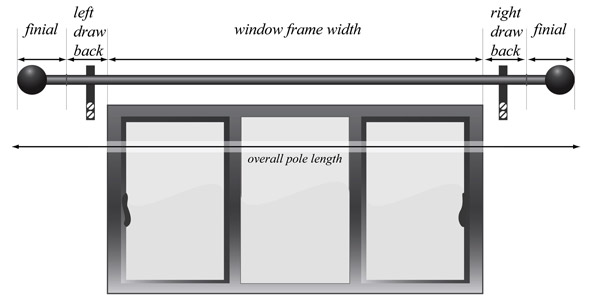 Read More
curtain pole, curtain poles, handcrafted, handmade to order, how to measure up for a curtain pole, Interior ironwork, made in Suffolk, made to last From the Forge - News, Interiors, Lifestyle Leave a Comment 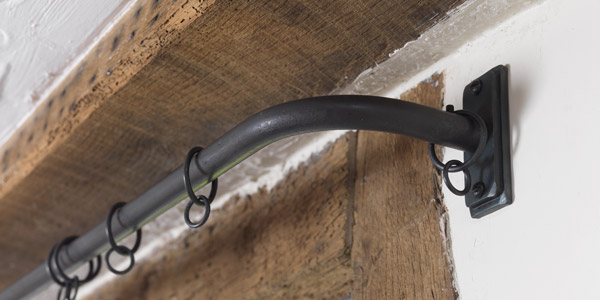 The French have always had the reputation for style and knowing it when they see it. The well known French Rod or French Pole is a design classic, one that we respect but also make in our own distinctive and unique fashion.

Interior designers, discerning individuals and first-rate curtain makers, like Magenta Interiors, all choose our French Style Curtain Poles. They look traditional, classy, superbly crafted and they do their job.

“Made by the Forge is my first stop for the best French poles on the market.” Magenta Interiors – Bespoke Soft Furnishings

There are no finials to choose as each end curves ninety degrees back to the wall where the pole slides into a bracket. The advantage of such a pole is that it is much more efficient at keeping out drafts. 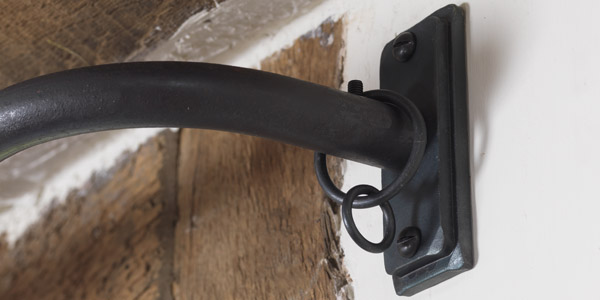 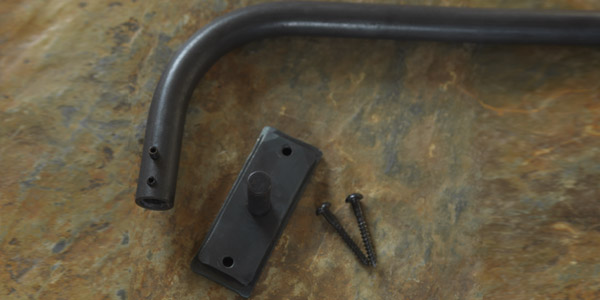 You can install a French style curtain pole for a curtain over a window or a door to keep a howling wind at bay. Depending on the age of your home, (or of your cosy gite in the south of France if you are so lucky) there’s always a draft looking for a way in. The curtain on a French Style pole will then create a more complete shelter from the wind.

Why not consider adding some ‘va va voom!’ to your room? 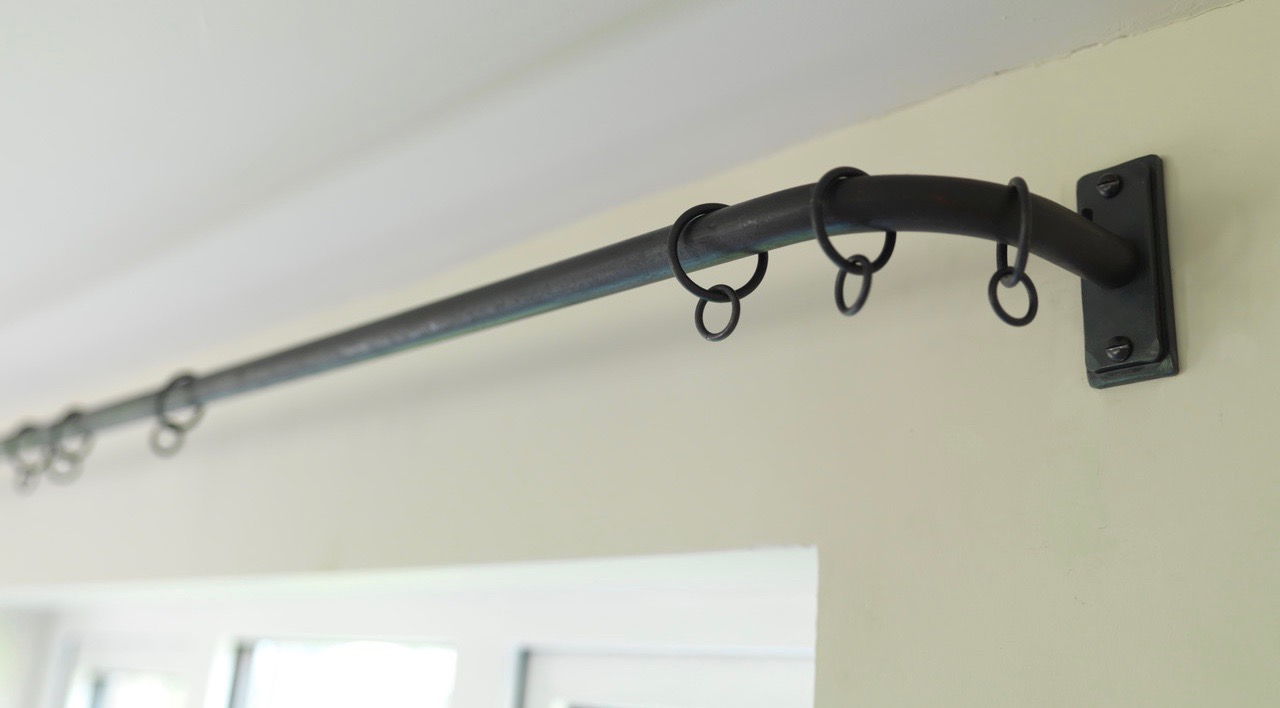 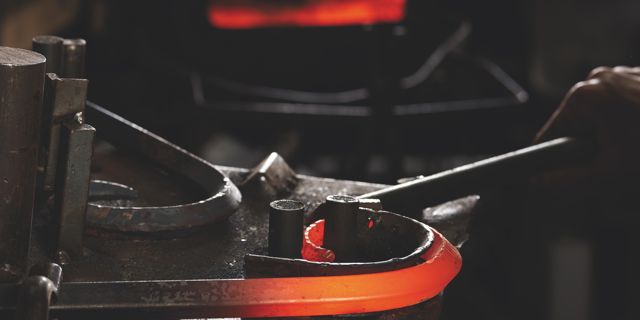 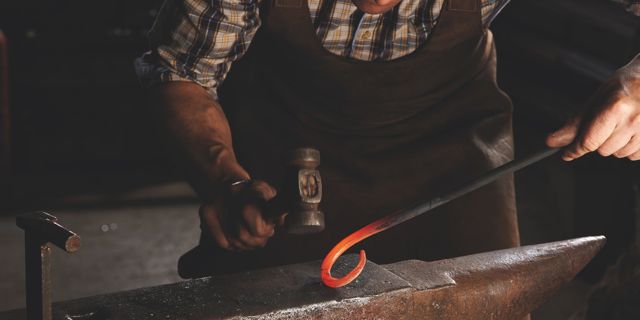 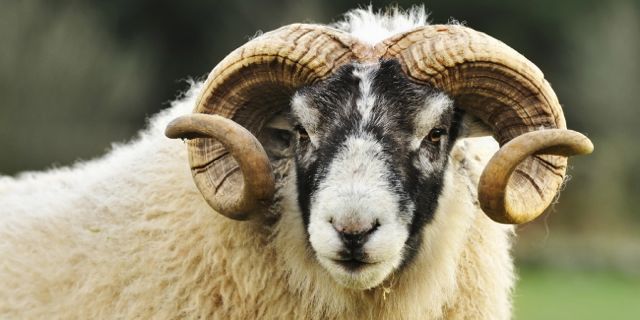 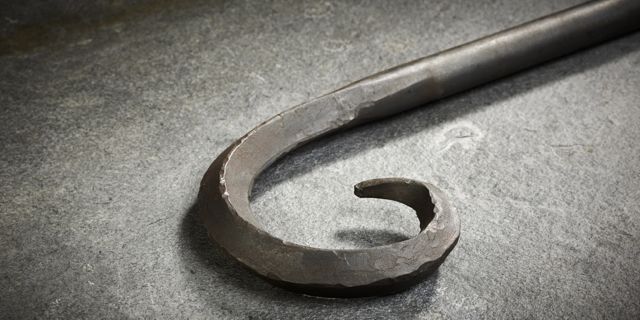 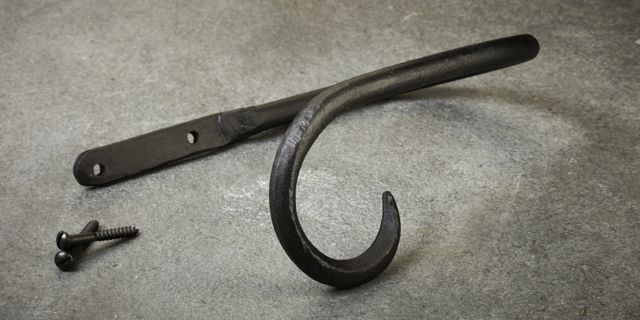 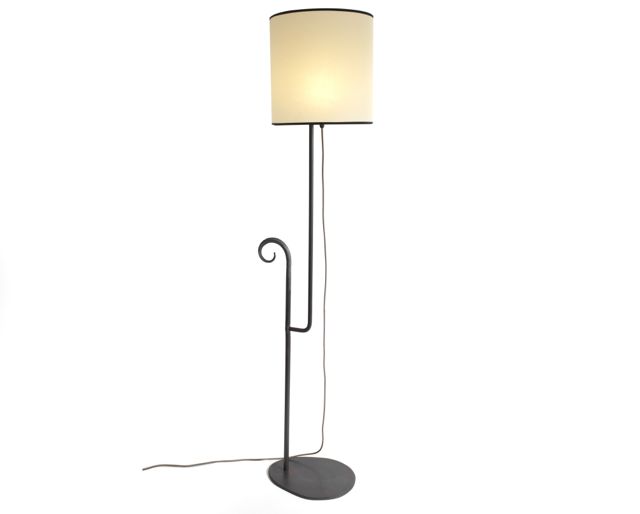 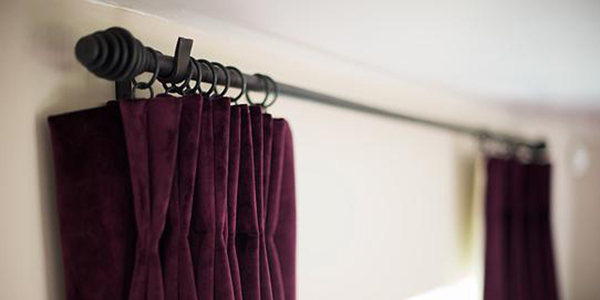 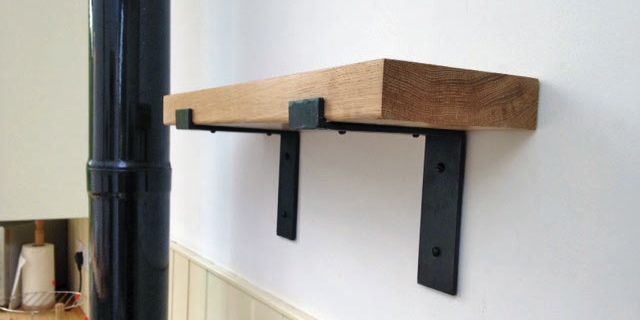 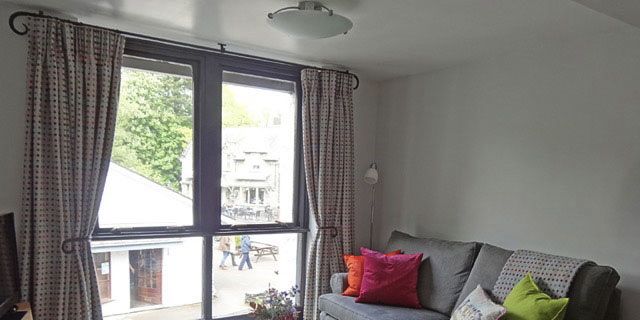 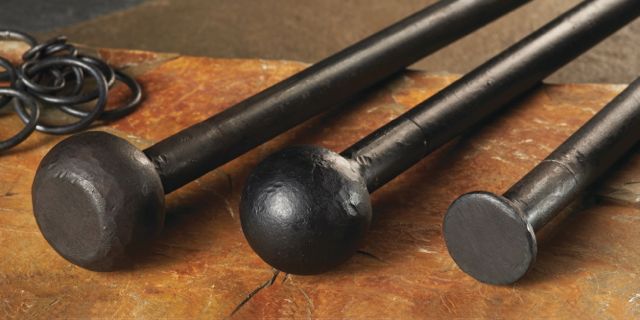 The new Made by the Forge brochure has arrived. If you would like one please just send us a note, with the address you would like it sent to, and we will post it to you.

It showcases all our ironwork products and is designed to give you ideas for styling your home. 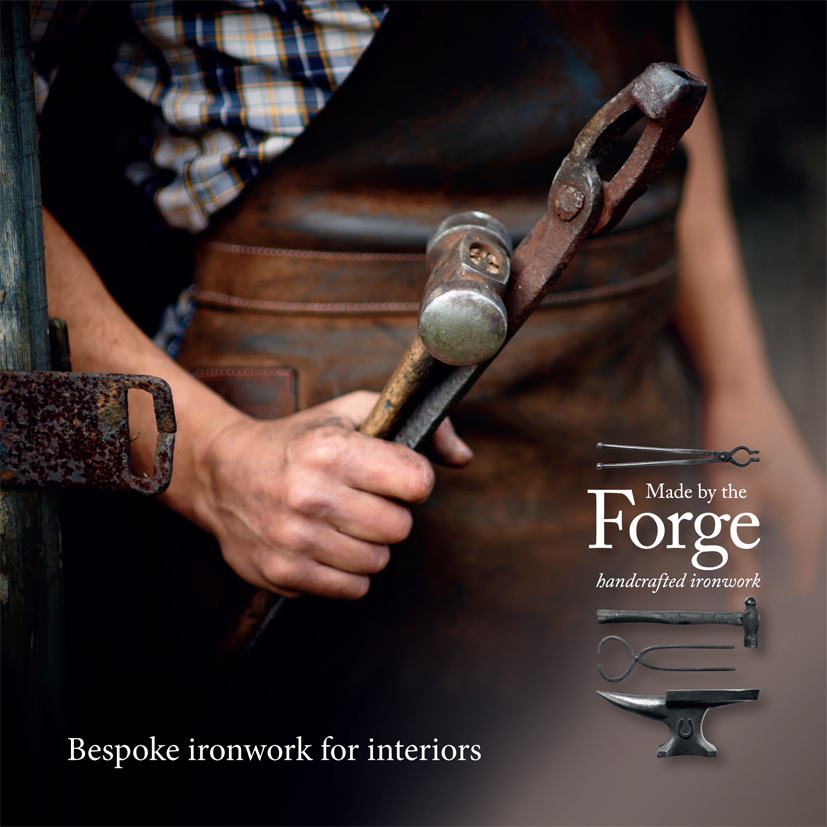 If you need any help, just call us on 01473 487118 or email sales@madebytheforge.co.uk. We are always happy to answer any questions; we pride ourselves on an efficient caring service.

Made by the Forge is different because we believe in making high quality ironwork that will last and last. All curtain poles are made to measure, so a perfect fit for your window is guaranteed. Simply key in your measurements online, using our helpful measuring guide, and see the price before placing your order.

It is always comforting to know that a tree is planted for every product sold, the ironwork is hand-crafted in our Suffolk forge and the beeswax, we use to finish the ironwork, is collected straight from a local hive. 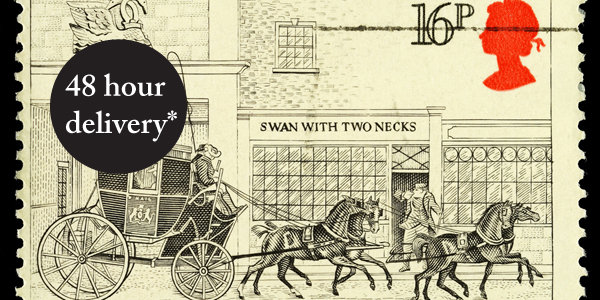 If you are thinking of restyling a room and your window needs a curtain pole we can offer some poles immediately. For that desperate rush when one needs to get a pole fast we can now offer you a variety of express pole kits. 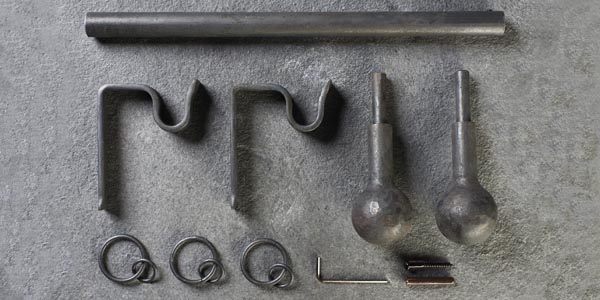 You can now order the same handcrafted quality in a pre-defined size, shipped to you to arrive within 48 hours if you are in the UK. This is ideal if you decide to do a quick make over for those short notice visitors! 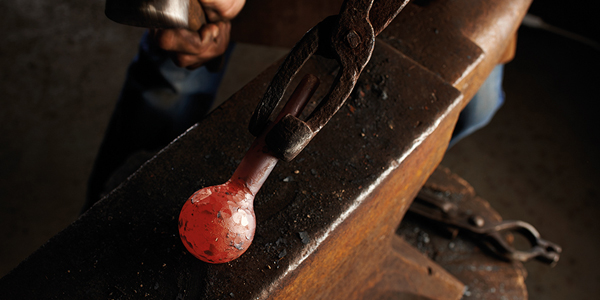 The packs feature our popular Cannon Ball or Button finials in 1.2 metre, 1.5 metre or 1.8 metre lengths complete with all brackets, rings, fixings and a pictorial guide to help you put the pole up.

Please note that if you order at the weekend or on a Friday then your poles would be despatched on Monday to arrive with you on Tuesday.

Below is the Button finial curtain pole. 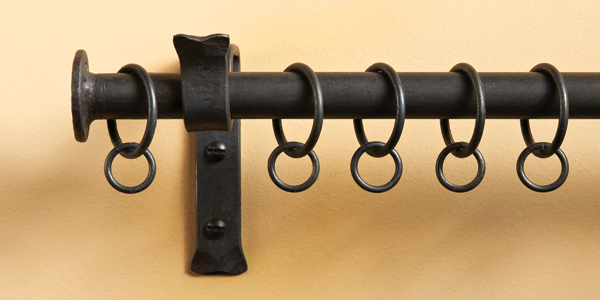 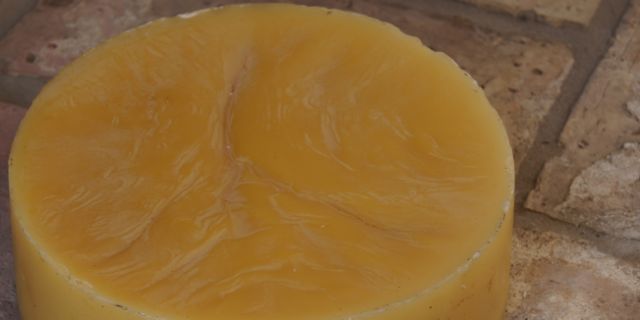 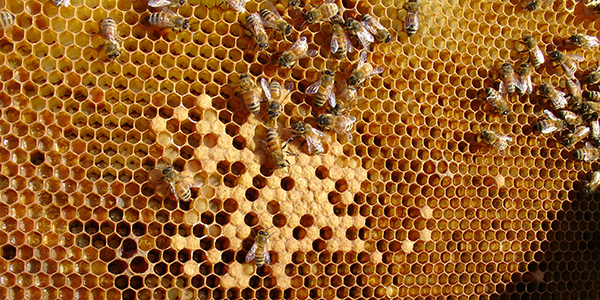 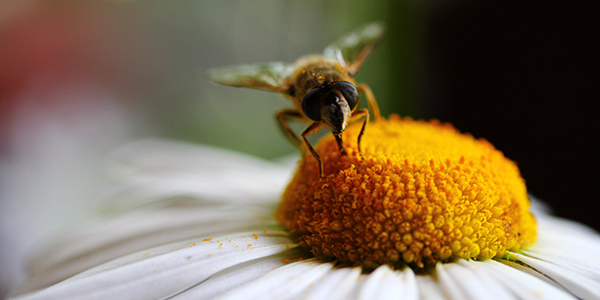 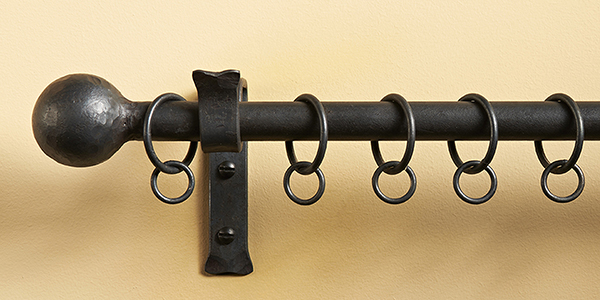 We have been looking into how we can show off our classic wrought iron curtain poles to their best advantage. There are so many ways to dress a window space we have decided to go for a contemporary, subtle material to achieve a distinctive, luxurious look.

If big bold patterns are not your thing and you are looking for a cool understated look in your interior then you can’t go wrong with a good quality fabric with an interesting texture or pattern. For simplicity I love the Ishida collection from Designers Guild which has a large colour palette and a variety of textures, from a tweedy chenille weave to one with a lustrous sheen. 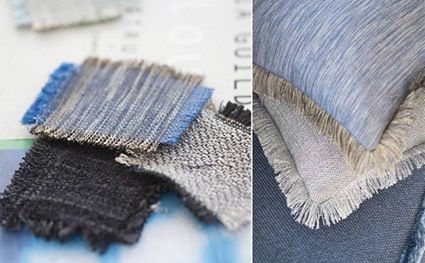 For something with a bit of fun there is a playful dotted design from Harlequin fabrics – Artisan Embroideries collection – Bobbin. Shown below in Toast/Linen and Eggshell but is also available in bright raspberry/lime and turquoise if you want to be bold, it would look great with strong paint colours! The artisan quality would go perfectly with our handmade iron curtain poles and a Cannon Ball or Button finial. 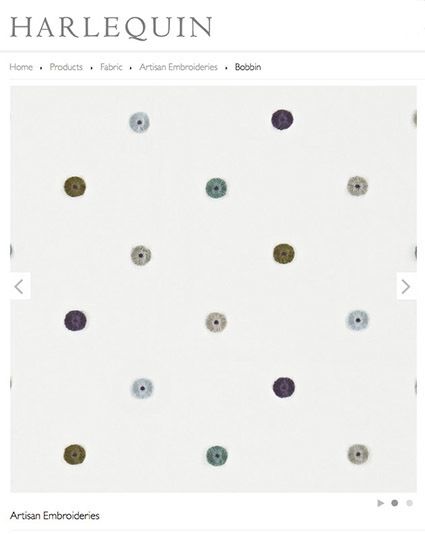 Layering your window fabrics can work well, we can make special brackets and poles to hold a light sheer curtain behind your main curtains. Harlequin fabrics has a range called Momentum Sheers and Structures II – Noa in graphite is particularly striking.
https://www.harlequin.uk.com/shop/fabric/momentum-sheers-and-structures-ii/noa/?code=HMOH131503 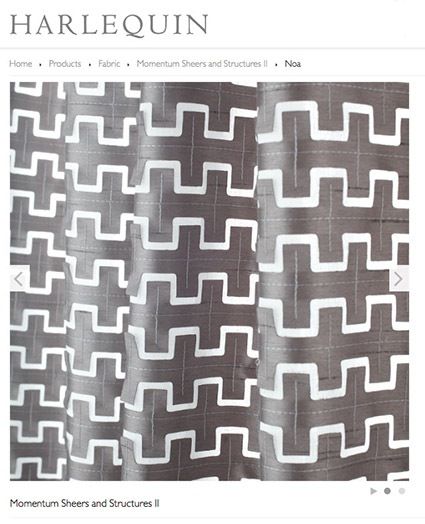 We are always pleased to see any photos of the fabrics you have used or are considering using. So please do share your images and thoughts. With the new trend for multicoloured tapestry mentioned in this month’s Homes &  Gardens magazine have you considered hanging a tapestry from one of our wrought iron poles? The black iron compliments the colourful graphic patterns that are so popular at the moment and we can make bespoke lengths or brackets to your requirements.

Our products are made to last a life time. One of our clients who has an old barn has a huge 5 metre window opening. In their case one of the middle brackets needed to be a lot longer than the standard bracket. We at Made by the Forge were able to make this special bespoke bracket for this particular space. Another client has recently relocated. They took their curtain poles with them to their new house. Made by the Forge is in the process of customising their existing curtain poles for their new windows. It feels good not to throw products away just because they are not quite right. Here we can make them a perfect fit for any space and our client says they look as good as the day she bought them.