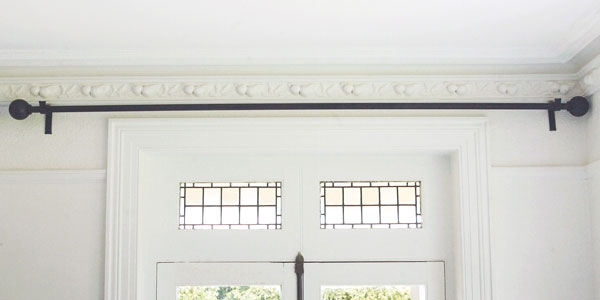 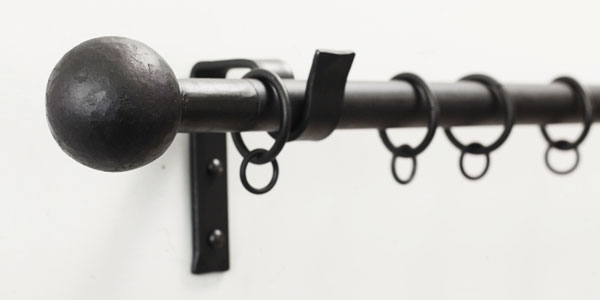 Cannonball in beeswax finish – above

It is famously reported in a meeting held in 1909 that the great American entrepreneur Henry Ford once said of his new fangled automobile that the customer could buy a car painted in any colour they wanted… “as long as it was black.” He was on pretty solid ground. In popular culture there are frequent reports from newspapers and hipster magazines announcing that they have discovered the ‘new’ black as if the colour could be dismissed by a mere pretender to the iron throne. 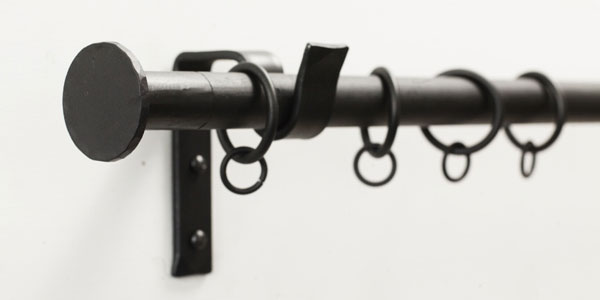 Button finial on a 25mm pole – above

Black is primal. Black is, sartorially, slimming. Black is to ironwork as red is to blood. Black also never goes out of style. At Made by the Forge, we have honed our blacksmithing skills (the clue is in the name of our craft) to produce world-class curtain rails. Finishing them in either matt black paint or the dark sheen of natural beeswax seems like the equivalent of icing the cake or dotting the ‘i’s and crossing the ‘t’s. It’s giving our iron curtain poles the look that will enable them to effortlessly blend in with and enhance your window treatment. 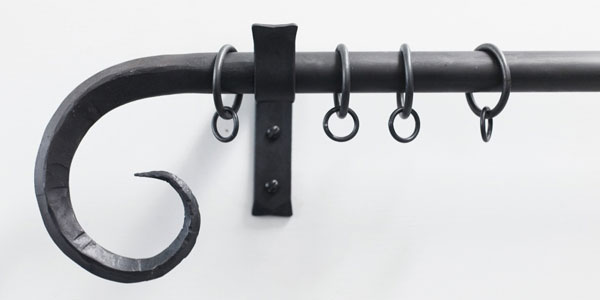 Let’s face it. The colour is part of what makes our ironwork so attractive. Black is as cool as it gets which is a wonderful irony given the word’s origin in ‘blacksmith’. The ‘black’ in ‘blacksmith’ arguably refers to the black fire scale, a layer of oxides that form on the surface of metal during heating. How cool is that? 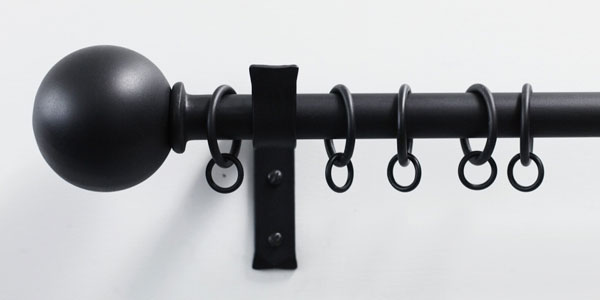 Here, you’ll find a news feed straight from the forge posted by myself, Juliet, Richard’s wife and business partner. Richard and I love beautiful, hand crafted objects so design is a hugely important aspect of our company. We’re thrilled to be working with a variety of British designers such as Anthony Dickens and Chris Eckersley. It’s here you’ll find updated product information as well as personal observations about Richard’s craft. 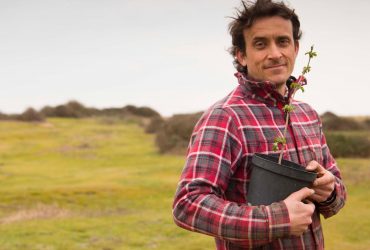 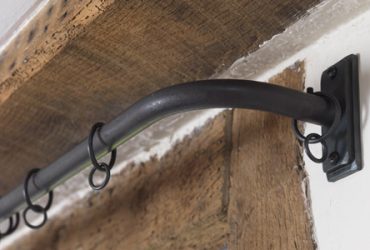