It has been that time of year when tomatoes are abundant. I love fresh tomatoes and I do like them at the right time of the year because they are sweeter and meant to be eaten when ripe. I decided to see if I could preserve them somehow so that I would be able to eat our home grown tomatoes for a little longer.

Firstly I washed all the tomatoes and left them to dry naturally. I then cut them in half and placed them on a grill, cut side up, to allow the air to circulate. I covered them with a generous amount of rock salt and herbs de provence and then placed them in the oven at its lowest setting so that the tomatoes dried out rather than cooked. I left them in the oven for 6 hours then took them out and checked that they were all done equally. I removed and allowed to cool naturally. They can then be kept by placing them in an air tight container but I decided to put them in oil. I could not help but tuck into them and they are absolutely mouth watering.

Farriery was my first love. Horse shoeing is a wonderful skill and something that I still do every week. It also gave me the skills that I needed to serve my new clients at Made by the Forge. I believe in a good old fashioned service where the customer is the number 1 asset. 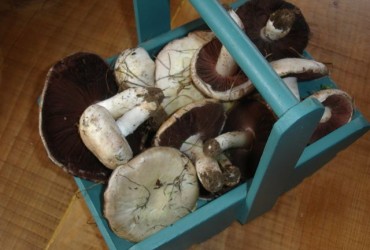