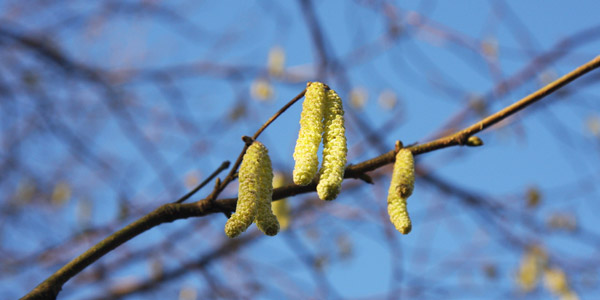 Made by the Forge plants a native sapling for every order received. 2018 sees a new series highlighting the virtues of the British trees the company promotes as a major part of its ethos. 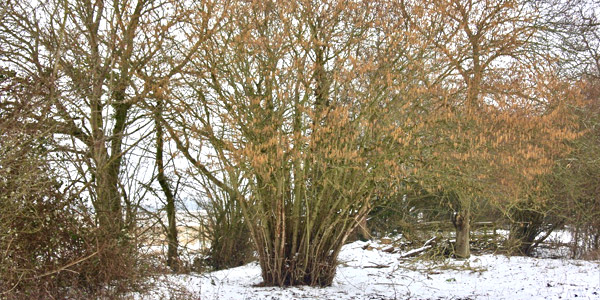 The hazel is the smallholder’s godsend. It grows relatively rapidly on rough and wet soils that aren’t much use for other crops. Commonly it’s found in hedgerows and in the understory of oak, ask and birch woodland.

Hazel sticks are flexible, strong and long lasting with multiple uses. Crofters and smallholders use them for sheep hurdles, baskets, walking sticks, thatching spurs, netting poles and even coracle boats. In spring, hazel is so bendy it can be knotted without breaking. 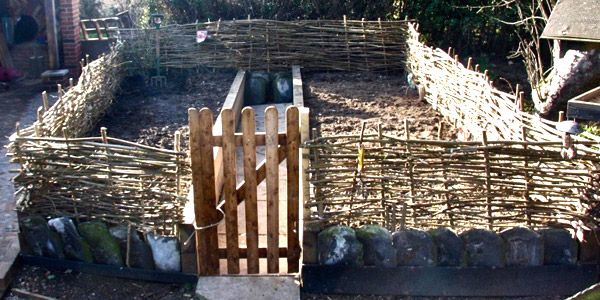 The trees were traditionally coppiced for their repeated growth of sticks every 6-10 years.  One tree or stool (cut clump) could last several hundred years.  When left to grow naturally, they can reach 12m and live for 80 – 100 years.

Hazel was grown for large-scale nut production until the early 1900s. Cultivated varieties (known as cob-nuts) are still grown in Kent.

The nuts are a favourite food of squirrels and dormice. Hazel nuts help these rodents fatten up for winter and in spring the leaves are an important source of food for caterpillars that squirrels and dormice also relish. Woodpeckers, jays and nuthatches also enthusiastically collect hazel nuts in autumn.

In coppiced hazel woodland, the open wildflower-rich habitat supports many species of butterfly, particularly fritillaries. It also provides shelter for ground-nesting birds such as the nightingales, nightjars, yellowhammers and willow warblers.

Hazel is ‘the magic tree’. A hazel rod is believed to ward off evil spirits, it was a popular witches’ wand and reputedly good for water divining. Nuts were carried to ward off rheumatism. In Celtic legend and Ireland it’s known as the ‘Tree of Knowledge’ as well as a fertility symbol. There are many versions of an ancient tale where nine hazel trees grew around a sacred pool. Salmon (a fish sacred to Druids) ate the nuts and absorbed the wisdom.

Today the wise snack on hazelnuts which are loaded with health benefitting nutrients including manganese, magnesium, copper, zinc, iron and numerous vitamins and anti-oxidant qualities. They have been proven to help prevent heart disease and improve brain function.