One of our customers lives in an old cottage and is used to draughts but the one through the front door into the hall was becoming a problem. Richard made her a new curtain pole and Cannon Ball finial to replace the old wooden one which didn’t support a thick curtain very well as the fixings were not strong enough and were pulling away from the plaster. 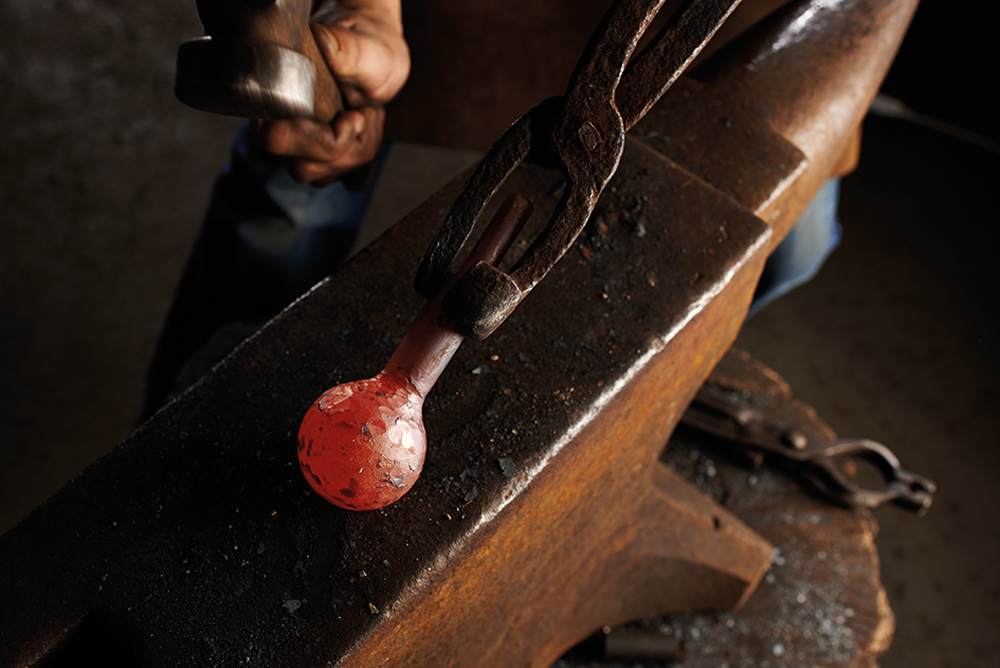 “With a recess bracket on the left the curtain can sit tight to the wall now and the strong solid pole with a robust bracket supports a heavier curtain. With a classic Cannonball finial it looks really smart and adds a finishing touch”. Thanks G from Suffolk

Made by the Forge’s Style Tip: We in the office felt that, if there was enough room, the curtain and space may benefit from a tie back hook and a separate tie back. In the summer months when we look for drafts the curtain neatly tucked away could be of benefit. There are lots of different options for tie backs. They can be made from the same curtain material or there are many tassels on the market to choose from. A door curtain can have that finishing touch and be really quite decorative. 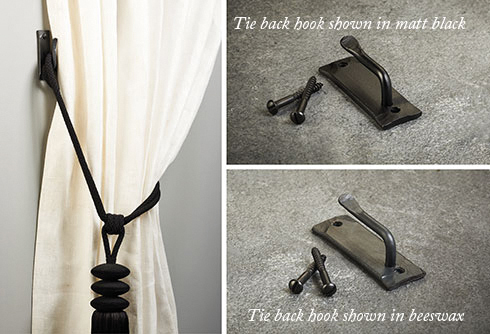