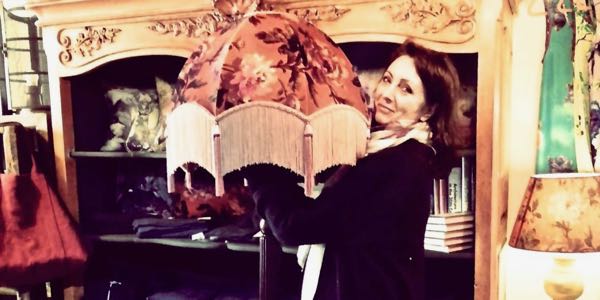 In the second part of our blog on Interior designer Jane McIntyre, Jane tells us how she works with Made by the Forge’s curtain poles. 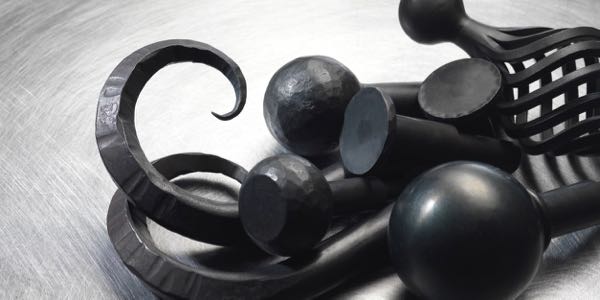 “Often a whole room is schemed around a curtain fabric so what you hang then on them is very important. There was a time when large, grand windows demanded huge wooden poles or ornate pelmets, but I have hung three metre high curtains on Made by the Forge’s poles in a Manor house and the effect was stunning. Equally, I am about to order some for a teeny cottage with even teenier windows and I will be putting the self same poles up there and know they will be perfect. I’ve also used the French poles once and am contemplating those for another project that requires an absolutely simple treatment.

“One of my most challenging jobs for the poles was in a 16th Century timber framed house in Winchester where the downstairs windows went to within an inch of the very crooked ceilings, leaving no room at all for poles. Persuading the client – who favoured fat wooden poles or pelmets – that the forged poles would work perfectly was a work in itself, then the builder fired off his own directive about the insubstantial lath and plaster walls being unable to hold the weight of curtains, let alone solid metal poles. As the curtains were heavy textured velvet with thick interlining – those houses are draughty however much heating goes in – this was a challenge!

“Not to be beaten, we put a baton all the way along the top of the window and 30cms either side, taking the line from the lowest point of the ceiling – this we fixed with many screws and a lot of Gripfill*. We put the top of the bracket as high as we could on this baton and packed out the base of the bracket to level it. The idea of this exercise was to spread the load across the wall rather than just in the places were the brackets would – or wouldn’t – fix to the wall. Applying my trademark “boofy” headings, or in rather more technical terms a 10cm heading above the tape, which flops away from the pole in a random fashion and in this case crushed in parts against the ceiling, all in all disguising the crooked space. Given enough width in a curtain can create a very dramatic and opulent feel. Four years later the curtains still stand and with the success of that window we went on to do the whole house with Richard’s poles.”

*Other adhesives are available. 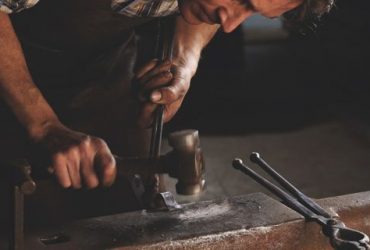 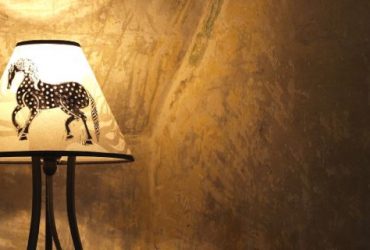